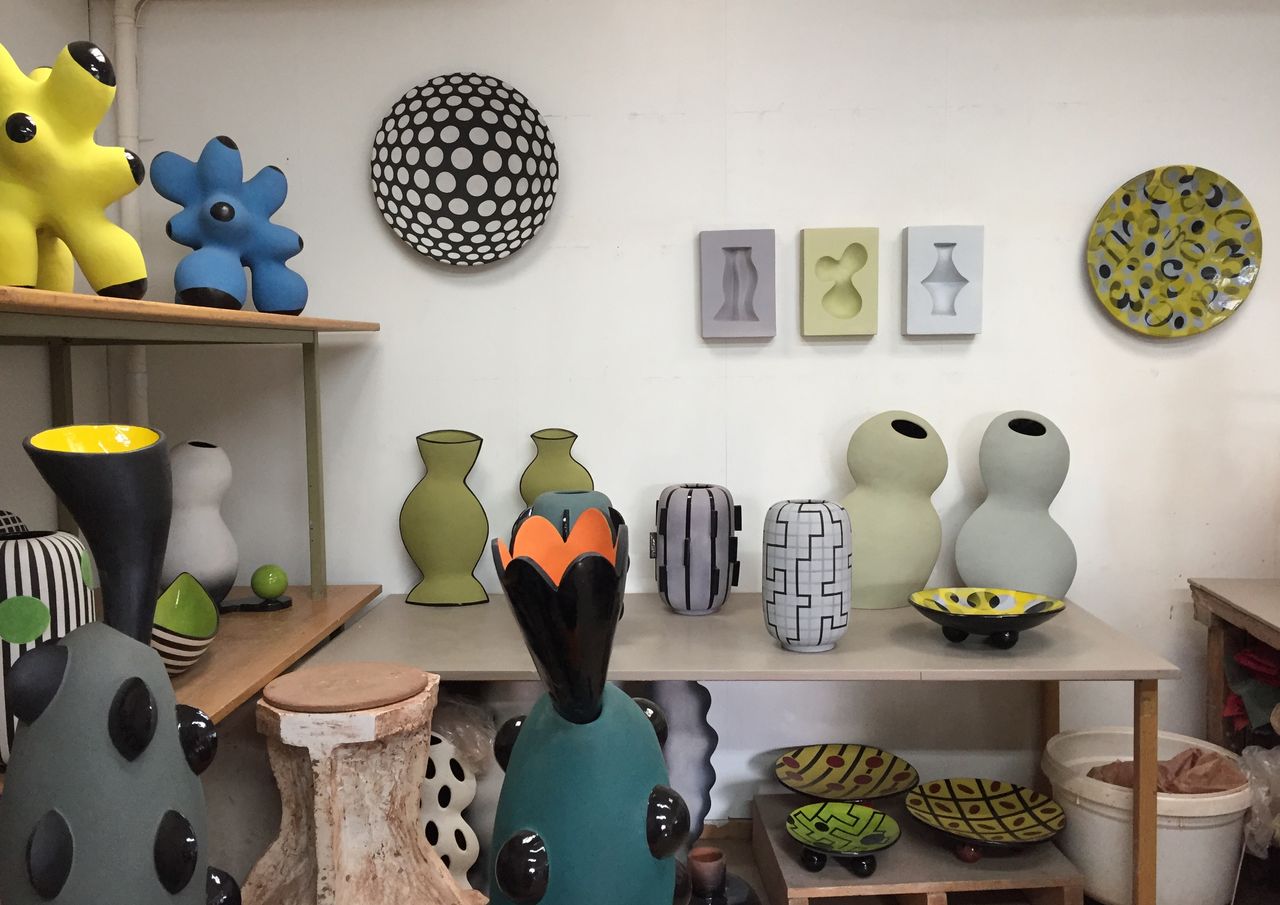 The transition from a vessel to a sculpture is gradual – when is an object a vessel, when is it a sculpture? For me, working with clay is about creating a form. I often use the theme of the vessel as a reference point. This is partly because of having worked with functional ceramics in my early career, but also because the vessel as an archetypical and sculptural form, as a container and a symbol, fascinates and inspires me.

Over the years, several of my works have developed in the direction of abstract sculptural objects.

I use red terracotta clay. The unpretentious quality of earthenware appeals to me. Slips, slip-glazes, coloured or transparent glazes and a wide range of stains give me almost as much freedom as a painter would have when working with colours.

I use slip-glazes, which are a mixture of slip and glaze. These are sprayed onto the works. The first layer is added before the first firing, and the second layer before the second firing. Sometimes a touch of coloured glaze is applied, or a field of transparent glaze that strengthens an underlying colour and adds a shine. Between the first and second firing, I can compose a pattern on the surface of a work. This can be done with masking tape or cut-out shapes in self-adhesive foil. After a layer of slip-glaze is sprayed onto the work, I remove the tape and fire the second time.

Many of my works are hand-built using clay coils, or they are hand-built in combination with wheel-thrown elements. I also use plaster moulds as part of the form-creating process. Rolled-out sheets of clay are pressed into plaster moulds, formed and then manipulated further.

The long tradition of ceramics also provides the foundation for many of my smaller wheel-thrown works. These are hand-made in small series, and none of them are alike – in contrast to the standardization of mass-production.

While knowledge of the qualities of clay and experience with the craft are important for me, they also give me ideas for new works. 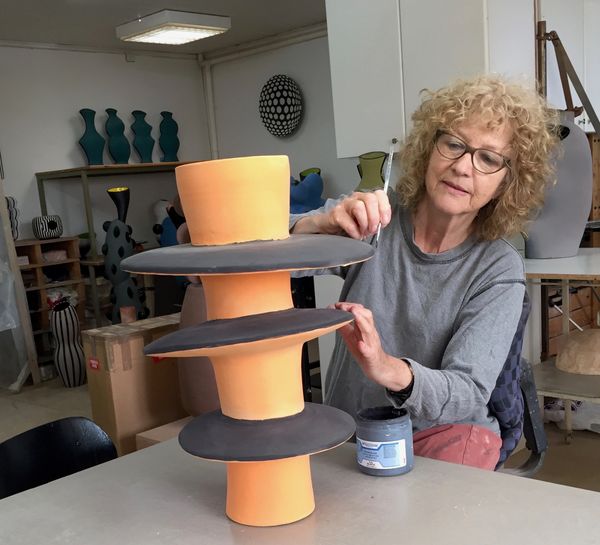